Forecasts spoke of a 10 cm Table Mountain snowfall overnight on Saturday 15 July 2017 into Sunday 16 July 2017. I packed my bag for a cold day on the berg and set off mid morning on the Sunday to hike Table Mountain via Left Face B. The vegetation was sagging under the weight of water droplets and immediately the benefits of wearing waterproofs were evident. 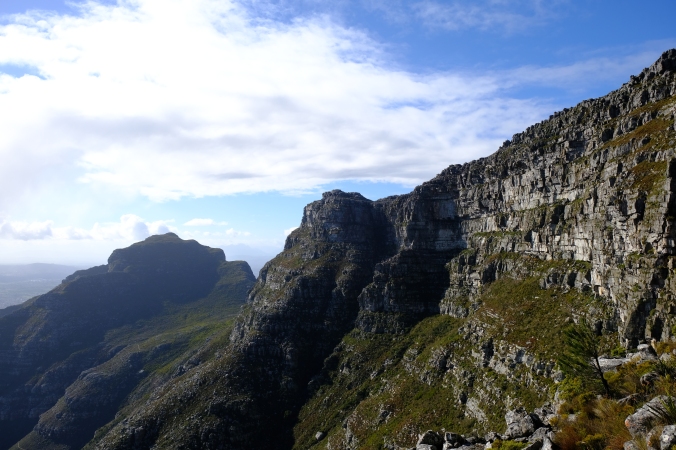 The airy traverse on Left Face B, Central Table.

Just before topping out I noticed evidence of overnight snow – just a few handfuls of ice in a shaded crevice below the Central Table. The conditions were mostly sunny, with a southerly breeze resulting in cloud forming over the mountain. The air was crisp, and the breeze icy cold at times, and I aimed East towards Maclear’s Beacon (not that this was my destination). I was heading to the Eastern Table, to photograph the city & mountain from my favourite vantage point on the northern rim. 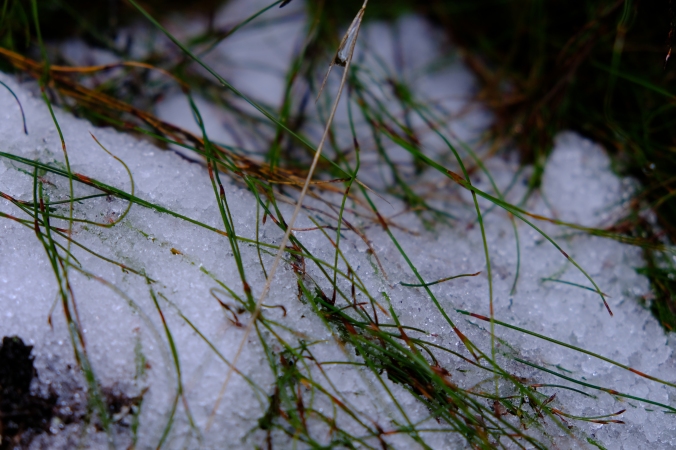 I’d taken my new Fujifilm X-T20 into the field for the first time – to test it and get a feel for the functionality/settings. Another handful of snow lay on the minor path, otherwise the landscape was drenched and muddy. I reached my destination and swung my backpack off to get my flask out for a cup of rooibos tea. 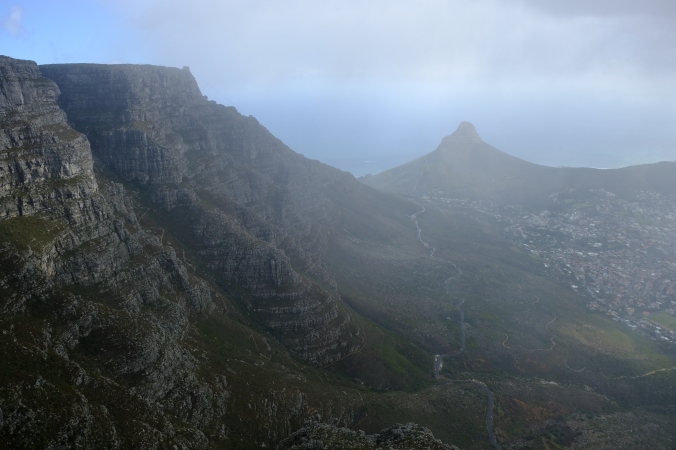 Just as I was in the process, tiny snowflakes started falling which changed my focus. I struggled to capture this on camera, and then it stopped. A few minutes later more tiny flakes, so I looked for a good rock face to provide some improvised shelter from the wet and wind. After eating and a cuppa hot brew, I took the camera and began shooting the scene – minus the snow. 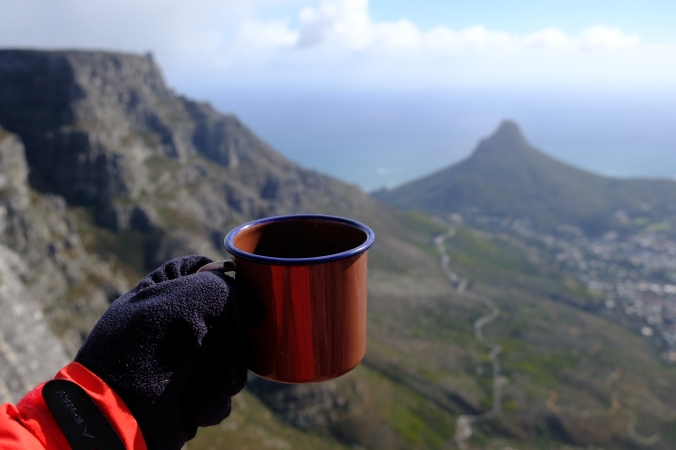 Cuppa rooibos tea to warm up.

Then, suddenly, a more significant flurry! I quickly swiveled the dial onto video and hit record – no composition planned, just spontaneous. I hadn’t used the video function before and thus hadn’t checked the settings – this was to cost me later on…

I was standing, back against a boulder and camapro bag screening the camera body from the snowflakes which melted almost immediately after landing on solid ground. Two minutes later it was all over! I was so excited – I ‘d captured the snow with Table Mountain, Lion’s Head and the City Bowl in shot. I knew I had something special…and needed to get it shared soon. 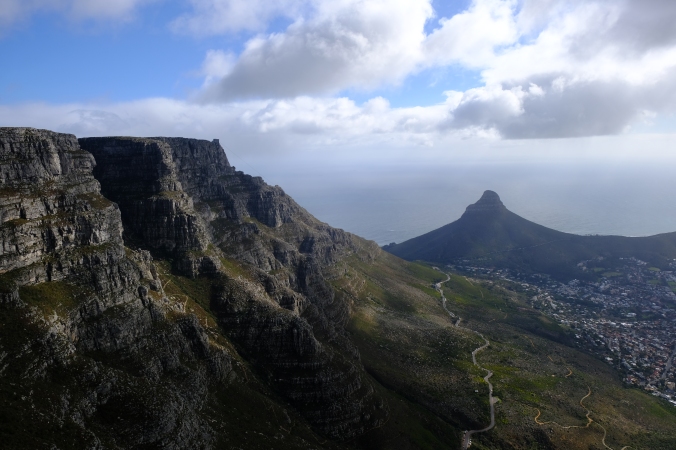 After the video, the sun shone brightly and scene was so crisp.

Upon getting home in the late afternoon I realized I’d made a blunder – the default setting was on Full HD, not UHD 4K which I had assumed…coupled with this I hadn’t allowed for continual auto-focusing in video – the clarity & sharpness most certainly could have been better. But you learn! This was a hard one, however I still managed to come away with something unique.

Editing, uploading and careful thought about sharing platforms & times resulted in a long night. The rest is history! 🙂

Special thanks to all who supported the video across platforms. The positive response meant a lot!