Scroll down for the details and images contained in the next update.

“With the autumn rains falling nicely over Table Mountain we headed up onto the Twelve Apostles range to take a look at just how things are doing just over 6 months after the fire was extinguished.

The mountain was wet after recent rain and in the forest it was cold and slippery, making for cautious ascending. The vibrancy of the green moss and ferns were heightened as a result and the overall freshness in the air certainly gave the morning a typical winter feel.

Not long after morning tea we were moving from the unburnt forest into the fire affected area. Immediately the blue of Aristea capitata caught the eye in among the intense greens on the south facing slopes where recovery is incredibly fast. Restios, mountain cypress, pelargoniums, confetti bush and cape myrtle were among the first species I noted which were coming up once more on the forest margin.

Bobartia indica continues to add notable yellow to the mountainside as the Iris thrives post-fire. The pretty Gladiolus carneus (Painted Lady) is also making an appearance and the odd Watsonia borbonica gave a splash of magenta here and there.

The Marsh Bulbinella was blooming in the wet area on the spine and nearby the similarly coloured Hermas villosa was also in flower. The latter had a well camouflaged Crab Spider on the flower-head with its fresh catch.

Recovery on the drier western slopes is considerably slower and that can be seen in the images.

Signs of animal activities were dominated by porcupine: droppings, tracks and of course hundreds of holes where they’ve dug up bulbs and fleshy roots. A good amount of Klipspringer tracks indicated that they’re doing well in this regenerating area.” 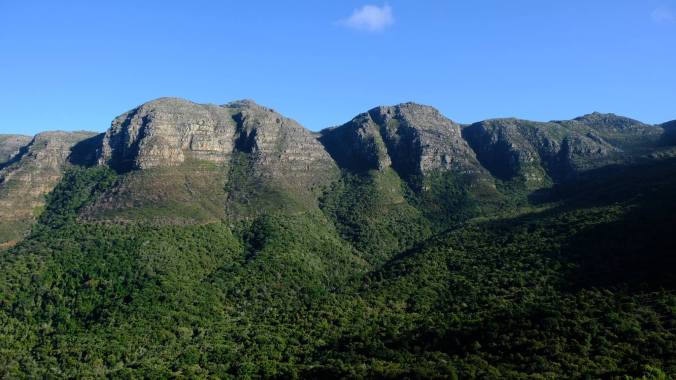 A significant difference to the October 2017 images with plenty green visible across the east facing slopes. 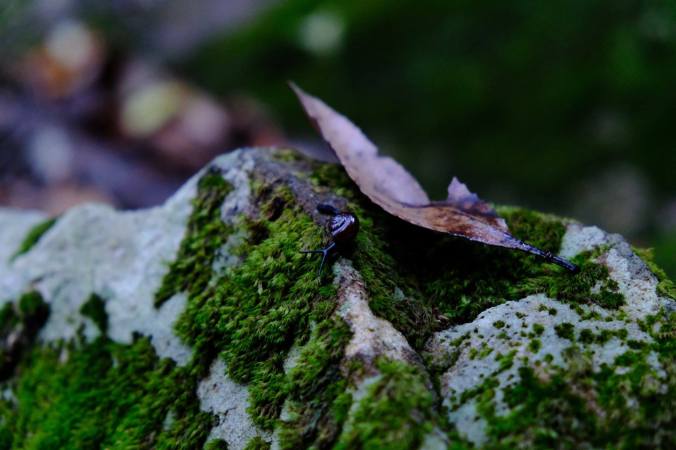 Life 🐌 deep in the forest.

Lovely view north towards the plateau of Table Mountain. Regeneration on the Apostles Spine is evident in the foreground. 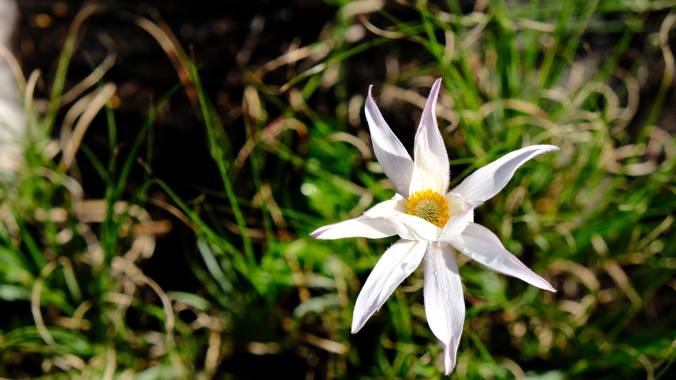 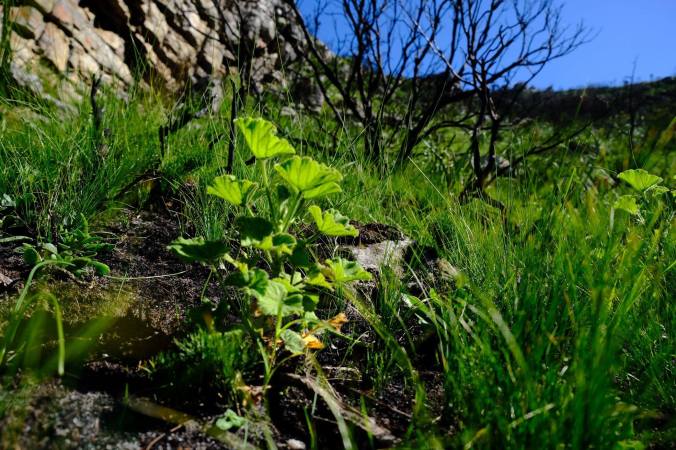 Pelargonium coming up in among restios. 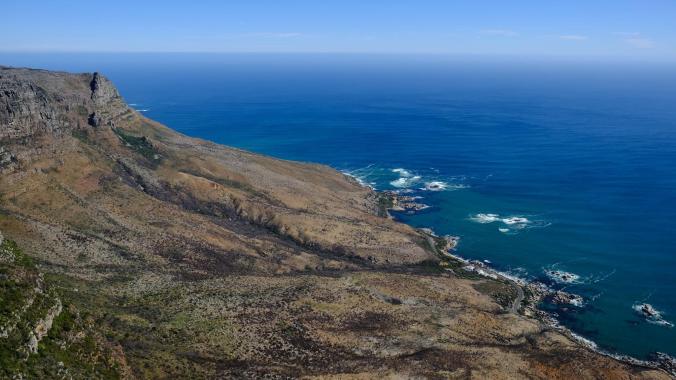 Slower recovery on the western slopes of the southern Apostles. 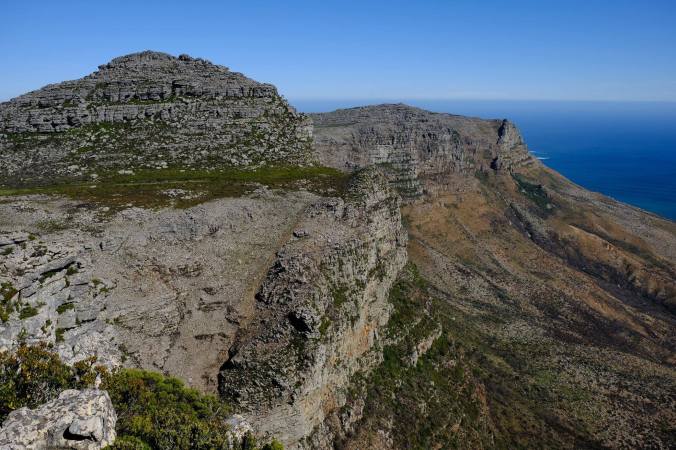 Patches of unburnt fynbos contrast against areas of slow recovery on the northern and western slopes. 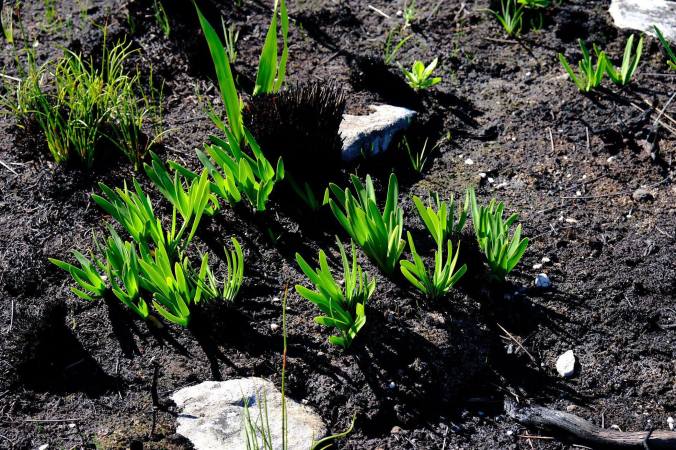 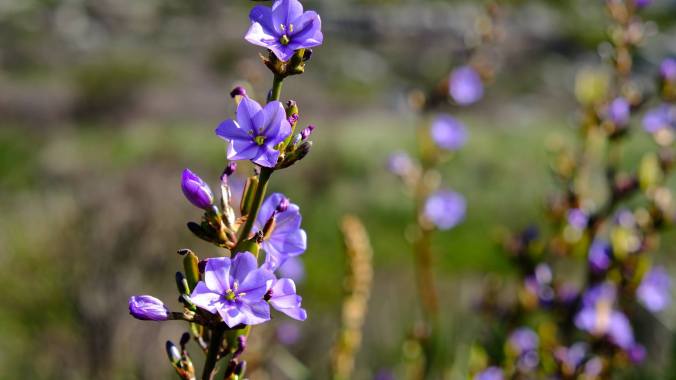 Looking good up on the flats.

Crab spider with its catch, sitting on a Tinderleaf. 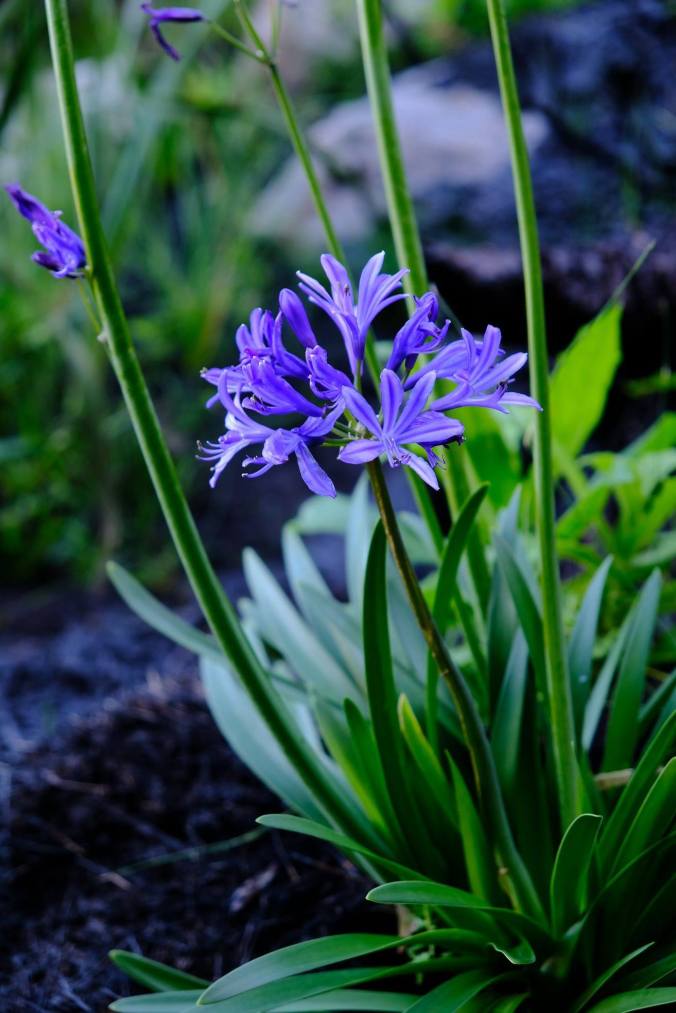 Vibrant greens on the wet and shaded south facing slopes.

An exotic pine which survived the fire stands out among new regrowth dominated by Bracken Ferns.

The Slopes Of Table Mountain Burn can be viewed HERE

The Night Scene Above Hout Bay can be viewed HERE

The Burnt Western Slopes can be viewed HERE

The Fire And Forest Divide can be viewed HERE

1 Month Update can be viewed HERE

2 Month Update can be viewed HERE

3 Month Update can be viewed HERE

4 Month Update can be viewed HERE

5 Month Update can be viewed HERE

Sunrise on what was the hottest day of 2022 in the #WesternCape
Not all jeep tracks are equal.
Sharing just one year late to the date...
The first burst of sunshine through a moody morning sky.
December 🌿
Happy Birthday @kirstyhawthorne 🥂
With the sun now burning brightly we took the opportunity to drop our loaded backpacks and offer freedom to our tender shoulders.
African Mountain Forest 🌿
Late afternoon sunshine in the Western Cape mountains.