On two occasions, during the months of June & July, I experienced the incredible Brocken Spectre phenomenon while hiking on the Cape Peninsula. I’ve witnessed it before, so I knew exactly what was happening straight away!

The day started out with a gorgeous sunrise over the Cape Flats.

I was up on The Knife Edge, flask out for mid morning coffee, when another group of hikers came marching along. We exchanged a few words – the first and only people we’d see for the ascent of Devil’s Peak that day – and then they went on by, crossing the ridge while the cloud danced as the sun tried to break through. A cold front was due to hit Cape Town that afternoon, and we were certainly feeling its presence all morning. 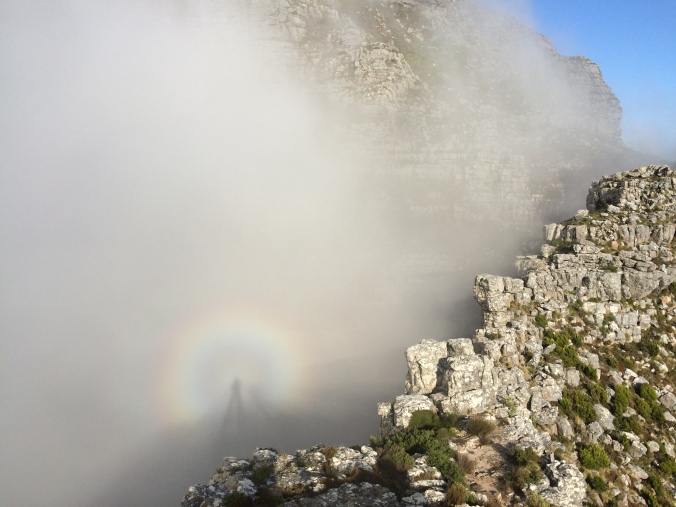 Just as the hikers were getting smaller and smaller the further away they went, I stood up to snap a shot of the scene…and then! My shadow! A larger than life shadow projected on the cloud north of Eastern Buttress, encircled by a rainbow-esque halo. The classic Brocken Spectre experience in an incredible mountain location. 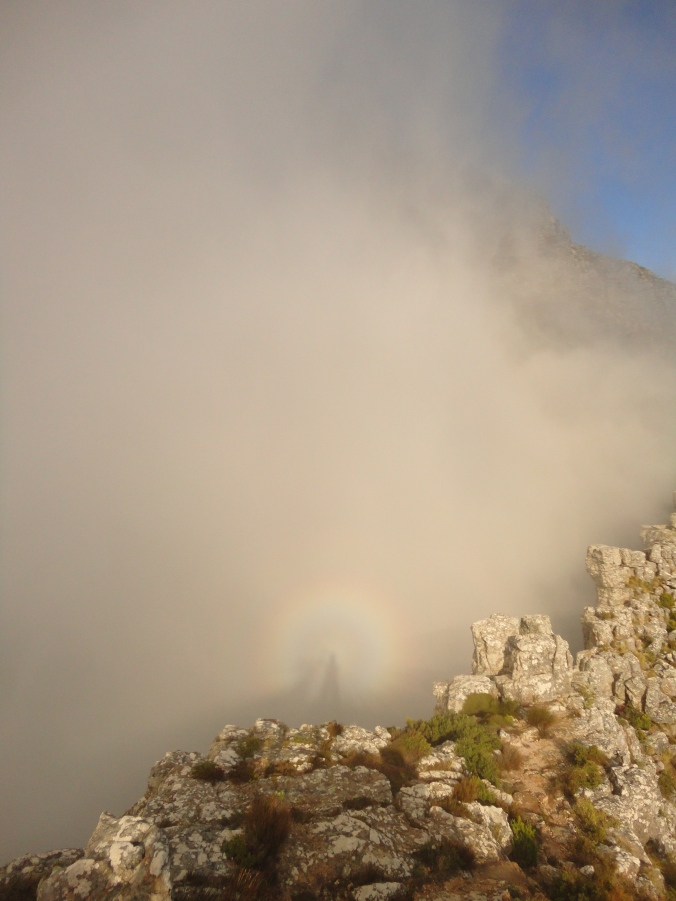 The intensity varied according to the suns strength and cloud/moisture presence, every now and then the shadow was more significant – with the 3D-like feeling that dark matter was flowing out of your hands. We enjoyed the experienced, sipping on coffee & trying as best as we could to capture the moment.

Later, after continuing upwards, we experienced another Brocken Spectre – this time just below the summit of Devil’s Peak. The intensity was lower as the halo was much further away so it was too difficult to capture without a powerful zoom lens. 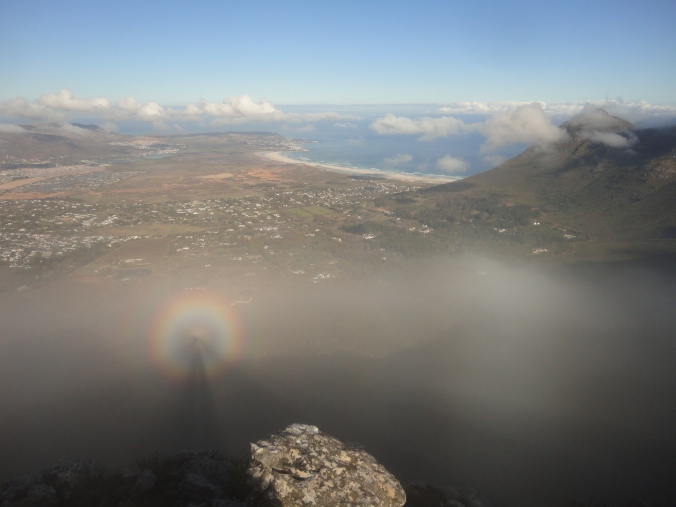 Within a week it happened again! This time at the old Noordhoek fire lookout at Silvermine. The intensity here was incredible – it seemed so defined and close. The rain had cleared, but there was still plenty cloud about on the mountain with a westerly wind blowing.

On all the occasions it has occurred it has been during the winter months in Cape Town. The low angle of the sun, coupled with moisture laden air brought in by the passing mid latitude cyclones, are the recipe for a Brocken Spectre. When you are on  a ridge, between the sun and cloud, you could experience it for yourself!

Have you experienced this phenomenon? Tell me about it in the comments below!

One thought on “The Brocken Spectre!”